Find Healing from the Pain of Trauma

Posttraumatic Stress Disorder (PTSD) is a debilitating disorder that can cause profound distress and ongoing suffering. 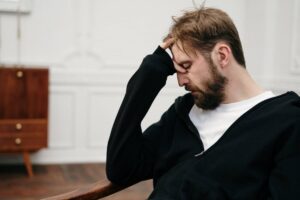 When one envisions PTSD it is commonly associated with war and sexual assault victims, and while these are indeed common causes of the disorder, it can be triggered by many different types of trauma. A trauma can be a specific event, or years of abuse, resulting in intense anxiety, flashbacks, which can even lead to physical symptoms. Individuals may be suffering from PTSD without having had a singular event, but instead many cumulative incidents. In cases like this, the individual may not even be aware that their symptoms are caused by PTSD.

After a traumatic event, there can be short term and acute symptoms, that often resolve on their own over time. However, if these symptoms persist for months or even years, then PTSD and should be treated professionally. Despite one’s best intentions and will power, there can be trauma to the brain so intense, that treatment is necessary. A broken leg can heal on its own, but to heal correctly, it needs to be set in a cast. PTSD is much the same way.

When one is suffering from PTSD, it can be so debilitating and anxiety-producing that a life free from symptoms seems an impossibility. Thankfully, PTSD can be successfully treated with several effective therapies, including the scientifically-proven cognitive-behavioral treatment called, prolonged exposure. Like most anxiety-related conditions, PTSD can be overcome with a skilled clinician and intensive short term treatment.